A journalist has managed to get their hands on 2 hours worth of recordings with Zuckerberg answering questions from employees today. They’re pretty eye-opening.

Mark Zuckerberg says he needs absolute control of Facebook or he would've been fired on multiple occasions. Cites Facebook's $100 billion stock drop in 2018 and his refusal to sell to Yahoo in 2006 as two examples. theverge.com/2019/10/1/2089…

He’s not wrong though..

He actually sounds like he thinks TikTok is a pretty big threat so it’s interesting to hear what kinds of changes they’re making to Instagram, which will help counter them.

We’re taking a number of approaches with Instagram, including making it so that Explore is more focused on stories, which is increasingly becoming the primary way that people consume content on Instagram, as well as a couple of other things there. But yeah, I think that it’s not only one of the more interesting new phenomena and products that are growing. But in terms of the geopolitical implications of what they’re doing, I think it is quite interesting. I think we have time to learn and understand and get ahead of the trend. It is growing, but they’re spending a huge amount of money promoting it. What we’ve found is that their retention is actually not that strong after they stop advertising. So the space is still fairly nascent, and there’s time for us to kind of figure out what we want to do here.

This would be one of the first times Facebook’s come up against a competitor that they can’t just buy. They did a good job of countering Snapchat but they can only pull the app in so many directions at once.

Snap has seen a massive uptick in its share price after having had a torrid year before, and the uptake is mostly due to them being miles ahead in AR compared to Instagram.

Tik Tok takes that even further, so he is right in seeing it as a major threat.

Facebook is now for “your parents”, Instagram for largest static photos for aesthetically and superficially focussed people, Snap / Tik Tok for the young, fun and cool kids. Obviously I am generalising, but it feels like as it currently stands few of the younger generation may migrate to one of FBs products - WhatsApp notwithstanding.

On that basis it sounds like Facebook survived one wave of disruption by buying Instagram but it’s going to struggle with the next - unless that turns out to be VR perhaps.

They did buy Oculus, but I think that’s rather niche - most people won’t buy a VR headset, or if they do they won’t have it with them. Much more interesting for most is AR, utilising the phone they carry with them 24/7 - that’s where Snap and Tik Tok are much better positioned than FB or Instagram, at least currently.

That’s a really good point, Snap have always described themselves as a ‘camera company’, as opposed to a social network. So perhaps Evan Spiegel really is the visionary that he appeared to be a few years ago and they’ll end up leapfrogging Instagram again, once AR is ready for the mass market.

Where Facebook is surfing user behaviour, Snapchat is trying to create entirely new experiences all the time, around camera, touch and mobile - around what makes mobile different to the PC.

Quite a big move for Instagram, which I’m sure they’d have preferred not to have made. But another sign that they’re under increasing pressure over user privacy? 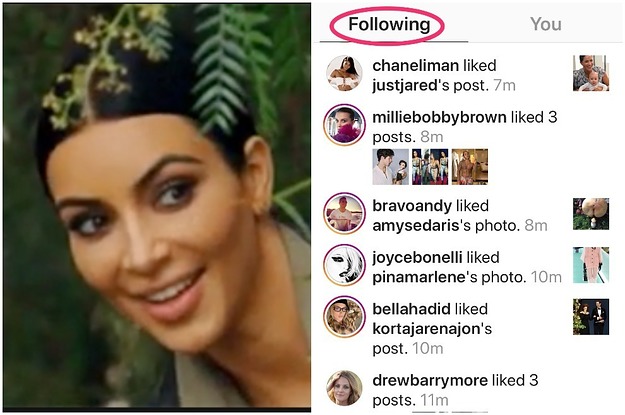 No longer can you cringe while seeing your friends' or coworkers' thirsty late-night likes.

Facebook’s dedicated Gaming app is now live on Android, months before its planned June release. The social media giant pushed the app out two months prior to its scheduled unveiling amid a global pandemic that’s left people all over the world...

The video game streaming market is a huge and lucrative one. For an real in-depth info graphic you can checkout these guys https://newzoo.com/insights/articles/streamlabs-newzoo-q4-year-in-review-live-streaming-industry-report/

This is a big step for Facebook and it seems they know how to actually attract the big name streamers who can bring millions to their platform (and see their ads.)

Video game streaming is a hugely profitable industry, and Facebook Gaming is jumping in. Its partnered gamers say they're reaping the benefits, too.

Given Facebook’s success in advertising this is a great move to attract even more eyeballs and higher paying targeted ads to their platform.

We have seen some strong success by Facebook (sorry FACEBOOK, I keep forgetting) when it comes to their Instagram advertising models, even allowing advertisers and content creates to make their own deals through the platform meaning more of the ad revenue is retained.

Twitch has also had some exciting innovations in streamer/content creator revenue models so it will be interesting to see how Facebook challenges this.

Facebook has enjoyed a rally with increased usage and engagement due to the lockdown (as have many digital social networks.)

However the news is out they will be paying a class action suit against them in regards to the human moderators they hire.

It’s a small sum of money for Facebook (sorry FACEBOOK) and it’s unlikely to have an ongoing impact. The new rules are easy enough to comply with, or they could simply face another fine. They’ll set aside the cash and see what gets claimed. The total amount is parked and ready, meaning it’s pretty easy to factor in as an investor.

However, it’s highlighted the grim world of working as an online moderator. With mental health and well being rising in awareness, these are the folks dealing with a large amount of harsh and damaging content. After some of the content which has aired and spread on Facebook it’s no wonder human moderators are required, but it’s far from an enjoyable job.

Facebook will pay $52 million in settlement with moderators who developed...

Current and former moderators will all be paid a minimum of $1,000. Selena Scola filed the case in California.

I wouldn’t invest in Facebook, they are bullish for now like Google, but both are heavily reliant on online advertising and all indicators already point towards corporate spending much less on this for the foreseeable future.

They won’t go under, too big too fail with too much cash on the balance sheet, but I think there are much better investment opportunities out there.

Giphy will join Facebook as part of Instagram's team. All of GIPHY's integrations with other platforms will remain intact.

$300-400m (true amount unknown) to buy Giphy and merge the team with their existing Instagram team.

Giphy has a lot of integrations into other existing platforms, it could be an interesting move in terms of more places to place advertisements, or maybe just pulling in the database and ecosystem into their own social platforms.

By bringing Instagram and GIPHY together, we can make it easier for people to find the perfect GIFs and stickers in Stories and Direct.

A lot of people in our community already know and love GIPHY. In fact, 50% of GIPHY’s traffic comes from the Facebook family of apps, half of that from Instagram alone.

Facebook did try and buy Giphy in 2015 but their bid was turned down.

I’m looking forward to the new FACEBOOK GIPHY where I assume everything is in capital case at all times.

They are allowing integrations with existing e-commerce solutions as well as their own, meaning your facebook business page can directly sell to customers. Also on Instagram this is being pushed out as well.

From brand pages to live streams, Facebook is rolling out new shopping features across its apps.

It’s a bit pre-baked so it’s not feature complete but they are moving fast while everyone is rushing to make their business as digitally integrated as possible to survive.

Once a buyer decides they want to spend money, they will usually be directed to the company’s website to complete the transaction.

The shopping feature will also eventually appear on WhatsApp and the company’s other messaging apps and integrate with live streams.

The rollout is part of a wider range of changes planned for shopping across Facebook’s products, including: a loyalty scheme, a Shop button, where products and brands will be showcased, on Instagram’s main navigation bar

I bought a leap call option on them yesterday after I saw this news. Goes against my earlier views on FB and it’s a bit of a punt but could work out nicely.